January 20, 2023 by Administrator_India
Spread the love

Most Asian currencies fell on Friday, and were set to close the week lower following hawkish comments from several Federal Reserve officials, as well as growing concerns over a potential recession this year. China-exposed currencies were the worst performers this week, even as data released earlier showed that the country’s economy was beginning to pick up after the lifting of most anti-COVID restrictions. Traders are also positioning for a strong boost to the economy from the week-long Lunar New Year holiday, which begins from January 23. The Chinese yuan fell 0.1% on Friday and was set to lose 1.3% this week, while the Taiwan dollar shed 0.4% and was also down for the week. The People’s Bank of China kept its benchmark loan prime rate at historic lows for a fifth straight month on Friday, as it straddles the line between shoring up economic growth and maintaining strength in the yuan. Rising COVID-19 cases in China have cast doubts over its near-term economic prospects, even after the lifting of most restrictions. The Japanese yen sank 0.5% on Friday, and was also among the worst-performing Asian currencies this week with a loss of 0.8%. Consumer price index inflation hit a 41-year high in the country in December, data showed earlier in the day. 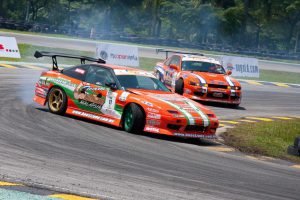 The Yen Sank Sharply After The Bank of Japan Had Earlier.

this week bucked market expectations for a further widening of its yield curve control policy. But the currency recovered a bulk of those losses amid speculation that high inflation may invite a more hawkish stance from the BOJ eventually this year. Broader Asian currencies fell on Friday after several Federal Reserve officials warned that even though the central bank is likely to slow its pace of interest rate hikes, borrowing costs are likely to remain elevated for longer. The South Korean won fell 0.2%, while the Singapore dollar shed 0.1%. But gains in the dollar were limited as a slew of data this week showed that the U.S. economy is slowing down in the face of high inflation and tight monetary policy. The dollar index and dollar index futures hovered around a 7-½ month low on Friday, and were set to end the week largely flat. Markets are now pricing in the potential for a global recession this year, particularly if the Fed keeps hiking interest rates. Such a scenario, while negative for the dollar, is also likely to weigh on Asian currencies.