January 13, 2023 by Administrator_India
Spread the love

Most Asian currencies crept higher on Friday and were headed for steep weekly gains on the prospect of an eventual shift in the Federal Reserve’s hawkish stance, which also pushed the dollar to a seven-month low. The Japanese yen rose 0.1% to an over seven-month high against the dollar of 129.14, and was among the best performing currencies this week as rising inflation in the country drove up bets that the Bank of Japan will eventually tighten its ultra-loose policy this year. Data showing a massive current account surplus in November also indicated that some facets of the Japanese economy remained strong despite broader headwinds. The yen was set to add 2.2% this week. The Chinese yuan rose 0.2% and hovered just below a six-month high to the dollar, as data showing a mild improvement in consumer price index (CPI) inflation through December indicated that the relaxing of anti-COVID curbs was facilitating some recovery in economic activity. The currency was set to rise 1.6% this week. Data on Friday also showed a better-than-expected 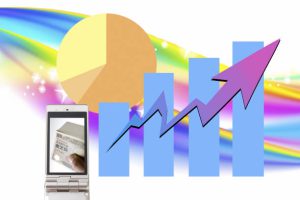 The Indonesian rupiah was the best performer in the region with a nearly 3% bounce, while the Indian rupee was set to add 1.4% after data showed CPI inflation remained largely steady through December. The South Korean won was an exception for the day, falling 0.4% after the Bank of Korea hiked interest rates as expected, but signaled that it will likely keep rates steady in the coming months. The dollar slumped to a seven-month low against a basket of currencies this week, with the dollar index and dollar index futures headed for a 1.6% decline, their worst performance since early-November. Data on Thursday showed that U.S. CPI inflation eased as expected in December, likely heralding a potential tapering in the Federal Reserve’s hawkish rhetoric. Investors are now pricing in a nearly 95% chance that the central bank will hike rates by a relatively smaller 25 basis points in February, according to the CME Group’s (NASDAQ:CME) Fedwatch tool. U.S. interest rates are also expected to peak around 5% before the Fed begins loosening policy. Still, given that U.S. consumer inflation is trending well above the Fed’s target range, markets remain uncertain over the immediate path of U.S. monetary policy.