December 14, 2022 by Administrator_India
Spread the love

Most Asian currencies kept to a tight range on Wednesday in anticipation of an interest rate hike and more cues on monetary policy from the Federal Reserve, although sentiment was somewhat lifted by softer-than-expected U.S. inflation data. Most regional units rose on Tuesday after data showed U.S. consumer price index (CPI) inflation eased more than expected in November, indicating that inflation has likely peaked. But gains were limited as caution kicked in ahead of the conclusion of a two-day Federal Reserve meeting on Wednesday. While the central bank is expected to raise interest rates by 50 basis points (bps), focus will be on any potential changes to the Fed’s hawkish stance against inflation, given recent easing in price pressures. Early indicators show money markets are positioning for a 25 bps hike at the Fed’s next meeting in February 2023. While the prospect of smaller interest rate hikes is beneficial to Asian currencies, markets are seeking clear signals from the Fed on such a scenario. Rising U.S. rates battered regional units this year, with hawkish reaffirmations from the Fed furthering this trend in recent months. The dollar recovered slightly on Wednesday after sinking to an over-five-month low on Tuesday. The dollar index and dollar futures rose 0.1% each, but their outlook was dimmed by the prospect of smaller interest rate hikes in the coming months. 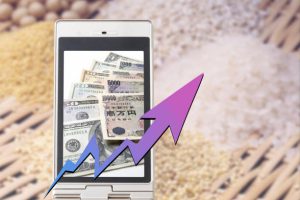 The Japanese Yen Rose 0.1% and Hovered Around a Four-Month High.

Data showed that sentiment among major manufacturers worsened during the fourth quarter, even as the service industry benefited from an economic reopening. But a reading on industrial production in October is expected to signal more weak trends for Japanese manufacturers. The Indian rupee fell 0.3% as CPI data from the country eased further in November, likely heralding smaller interest rate hikes by the Reserve Bank. Wholesale price inflation data due later in the day is expected to show a similar trend. The Chinese yuan fell 0.2%, but hovered around a three-month high on hopes that the reversal of anti-COVID policies will drive an economic recovery in the country. Still, data released this week showed deepening cracks in the world’s second-largest economy due to COVID-19 disruptions. Risk-heavy Southeast Asian currencies logged relatively stronger gains than their peers, given that slowing U.S. rate hikes tend to benefit them the most. The Malaysian ringgit rose 0.3%, while the Philippine peso and Indonesian rupiah added 0.2% each. The Thai baht reversed early gains after minutes of the recent central bank meeting showed that future rate hikes will be gradual and measured. The central bank had hiked rates by 25 basis points last week.