January 9, 2023 by Administrator_India
Spread the love

Most Asian currencies shot up on Monday, with the Chinese yuan hitting a four-month high after the country reopened its international borders, while hopes of a less hawkish rhetoric from the Federal Reserve also weighed on the dollar and supported regional units. The yuan jumped 0.7% to 6.7912 against the dollar, its strongest level since late-August, after China on Sunday opened its borders for international travel. The move marks the country’s biggest pivot away from its strict zero-COVID policy, which battered economic growth for the past three years. The offshore yuan also rose 0.5%, as traders bet on an eventual economic recovery from the reopening. But traders still maintained an air of caution over China, given that the country is facing its worst yet COVID-19 outbreak after the relaxing of most anti-COVID measures in December. Analysts have warned that this could potentially delay an economic recovery, and cause near-term volatility in markets. Recent economic readings from China painted a dour picture for the country. Still, currencies of countries with big trade exposure to China also logged large gains on Monday. The South Korean won jumped 0.7%, while the Taiwan dollar and Philippine peso added 0.3% and 0.7%, respectively. The Australian dollar rose 0.7%. 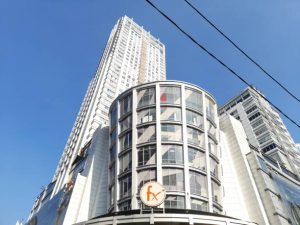 Broader Asian Currencies Were Also Supported By Weakness in The Dollar.

after data on Friday showed more cooling in the U.S. jobs market. The reading eased some fears that a stubbornly strong jobs market will keep inflation underpinned, and pushed up expectations that the Federal Reserve will have lesser impetus need to keep interest rates higher for a longer period of time. The Japanese yen jumped 0.5% in holiday trade, while the Thai baht was the best performer in Southeast Asia with a 0.8% jump. The dollar index and dollar index futures fell 0.3% each, and were nursing steep losses from Friday. The soft jobs data saw the greenback mark a muted start to the year. Focus is now squarely on U.S. consumer price index inflation data due this Thursday. The reading is expected to show that inflation eased further in December, and is likely to warrant less hawkish moves by the Fed. Still, given that inflation is still trending well above the Fed’s target range, the central bank recently warned that it could keep interest rates higher for longer.