January 4, 2023 by Administrator_India
Spread the love

Most Asian currencies rose slightly on Wednesday as a recovery in the dollar appeared to have run out of steam, with markets now awaiting fresh cues on U.S. monetary policy from the minutes of the Federal Reserve’s December meeting. Regional currencies came under pressure on Tuesday as sentiment was dented by a warning from the International Monetary Fund (IMF) on a potential recession, while concerns over rising COVID-19 cases in China also weighed. This saw the dollar rally more than 1% against a basket of currencies, causing most Asian units to reverse gains made at the beginning of the year. But a rally in the dollar appeared to have stalled on Wednesday, aiding regional units. The Chinese yuan rose 0.2% on Wednesday, while the South Korean won added 0.5%. The Japanese yen rose 0.3%, but traded below a seven-month high hit against the dollar on Tuesday. Data from Japan showed that manufacturing activity contracted for a second consecutive month, as local producers contend with runaway inflation and laggard international demand. 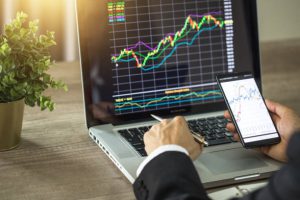 but retained a bulk of recent gains and traded just below a two-week high. Focus is now squarely on the minutes of the Federal Reserve’s December meeting, with markets waiting to see if more policymakers supported the slowing of interest rate hikes in the coming months. Markets are currently pricing in an over 90% possibility that the Fed will temper its hawkish rhetoric and hike rates by an even smaller 25 basis points in February. This also comes amid an increasing number of signs that U.S. inflation has peaked. But given that U.S. inflation is still trending well above the Fed’s annual target range, the central bank is broadly expected to keep policy tight in the coming months. Broader Asian currencies were mildly positive, with markets also positioning for key U.S. business activity and nonfarm payrolls data due this week. After a warning on a potential recession from the IMF, markets were closely watching any economic readings from major economies. China’s COVID-19 crisis was also in focus after President Xi Jinping struck a more cautious tone in his new year’s address than markets were anticipating. The country is grappling with a massive spike in infections after it relaxed several anti-COVID restrictions in December.