January 19, 2023 by Administrator_India
Spread the love

The Australian dollar reversed a recent rally on Thursday, as rising fears of a U.S. recession and soft local jobs data knocked the risk-sensitive currency, while the kiwi was little moved by the resignation of Prime Minister Jacinda Ardern. The Aussie eased 0.4% to 0.6910%, the softest level in one week, after hitting a five-month high of $0.7064 just one session before. It now faces resistance at around 70 cents and has support at the 14-day moving average of $0.6889. The kiwi edged 0.2% lower to $0.6428, after touching a seven-month high of $0.6530. It has support at $0.6360 and did not react much to news that Prime Minister Jacinda Ardern will step down next month. U.S. data overnight showed retail sales fell by the most in a year in December and manufacturing output recorded its biggest drop in nearly two years, fuelling fears the world’s largest economy is headed for a recession. That drove investors back to the safe-haven dollar and bonds, with futures markets pricing in rate cuts from the Federal Reserve by the end of the year, after the Fed funds rate peaks at 4.85% by June. 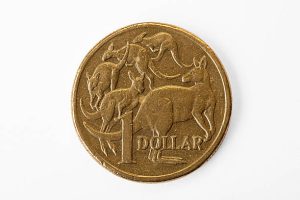 The Fed is Widely Expected To Slow Its Rate Hike in February.

to 25 basis points as inflation eases, after downshifting the size of increases just in December. However, a slew of policymakers sounded hawkish overnight, signalling they would push on with more interest rate hikes, with several supporting a top policy rate of at least 5%. Local data on Thursday, which showed Australia’s employment unexpectedly fell in December, also added to the risk-off mood and weighed on the Aussie. Three-year bond futures shot up by as much as 20 ticks to 97 to imply a yield of 3.0%. It last traded at 94.97. Local government bond yields extended the global declines. The yield on 10-year bonds fell 4 basis points to 3.404%, the lowest since mid-December, while the yield on three-year notes fell 9 basis points to 3.005%. Futures imply around a 60% probability for the Reserve Bank of Australia to take interest rates higher in February, but also a 40% chance the RBA will pause given rates have climbed by 300 basis points since May.