December 15, 2022 by Administrator_India
Spread the love

Japan logged a trade deficit for a 16th straight month in November as imports surged to a record level, while subdued growth in exports to China fanned concern about how COVID disruptions there could impact other economies. The trade deficit came in at 2 trillion yen ($14.8 billion) – the fourth month in a row it has hit that level or more. Imports soared 30.3% in value terms from a year earlier, more than the 27.0% increase expected by economists. They were led by imports of crude oil, coal and liquefied natural gas and inflated by the yen’s 28.5% depreciation against the dollar. Exports grew 20%, in line with estimates and also hitting a record, led by U.S. demand for cars and mining machinery. But growth in exports to China, the world’s second-largest economy and Japan’s largest trading partner, was just 3.5%, hurt by weaker demand for chip-making machinery and auto parts. That compares with double-digit percentage growth in July through September and a gain of 7.7% in October. 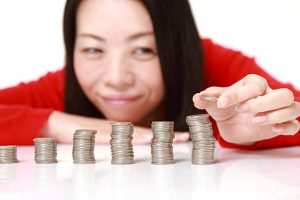 What Caught My Eye Was Continued Weak Exports to China.

said Takayuki Miyajima, senior economist at Sony (NYSE:SONY) Financial Group. “Looking ahead, I’m concerned about how the China’s relaxation of its zero-COVID policy may affect the whole of the country’s supply chain.” Japan has logged a cumulative trade deficit this year of 18.5 trillion yen, more than the record annual 12.8 trillion yen trade deficit for 2014. Exports to the United States rose 32.5%, EU-bound exports climbed 32% while exports to Asia (excluding China) grew 11.6%.