December 28, 2022 by Administrator_India
Spread the love

Japan’s government will make raising wages a top priority in its economic policy next year, Deputy Chief Cabinet Secretary Seiji Kihara said on Wednesday. “The biggest challenge for Japan’s economy is a lack of wage growth. Unless wages rise, consumption won’t pick up and companies won’t increase investment,” Kihara said, speaking during a television programme. While companies are responsible for deciding how much they hike pay, the government can help achieve higher wages through tax incentives, Kihara said. The government can also prod firms to disclose more information on how much they are spending on human resources, he said. The remarks echo those of Bank of Japan (BOJ) Governor Haruhiko Kuroda, who has stressed that achieving higher wages would be crucial for the economy to sustainably achieve its 2% inflation target, driven by strong domestic demand. “The government will increase its focus on achieving wage growth. 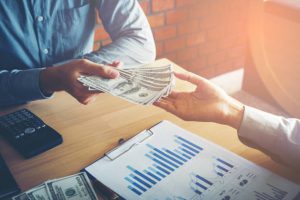 This is Particularly important Because Prices Are Rising,” Kihara Said.

Prime Minister Fumio Kishida’s administration has seen approval ratings plunge due in part to worries over the rising cost of living, as recent sharp yen falls boosted the cost of importing already expensive raw materials. The government’s concern over yen-weakening side-effects of the BOJ’s economic stimulus policy was partly behind the BOJ’s surprise decision earlier this month to tweak its bond yield control and allow long-term interest rates to rise more, sources have told Reuters. Japan’s consumer inflation hit a four-decade high of 3.7% in November, well above the BOJ’s target, hitting households who have yet to see wages rise enough to make up for the spike in prices of consumers goods.