December 20, 2022 by Administrator_India
Spread the love

Most Asian currencies fell slightly on Tuesday as fears of a potential recession persisted, while the Japanese yen rallied past its peers after the Bank of Japan tweaked its ultra-dovish policy, drumming up hopes for an eventual pivot. The yen jumped 2.7% to 133.14 – its strongest level against the dollar in four months. The currency surged after the BoJ widened the range within which it allows yields on its benchmark government bonds to fluctuate. The move lends some credence to recent speculation that the central bank will tighten its ultra-dovish policy in the face of rising inflation in the country. But it maintained its benchmark rates at near-zero, while also holding its inflation target at 2% – nearly half of the actual inflation rate in the country. Still, the yen benefited from speculation over a pivot, with media reports earlier this week also suggesting that the government plans to reassess the BoJ’s current inflation outlook. Tuesday’s move was far more hawkish than markets were expecting, and helped the yen recover further from a 30-year low hit in October. A stronger yen may bring some relief to the Japanese economy, which is struggling with high import costs driven by a tumble in the yen’s value this year. 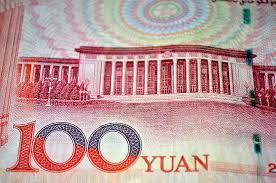 Broader Asian currencies retreated further against the dollar as the prospect of more hawkish central bank moves and a potential 2023 recession kept risk appetite soft. But while the dollar strengthened against most Asian currencies, strength in the yen, the euro, and the pound weighed on the dollar index and dollar index futures. Both instruments fell about 0.4%, and were trading close to an over-five-month low touched earlier this month. Hawkish signals from the Bank of England and the European Central Bank had boosted their respective currencies last week, as both banks indicated that interest rates will keep rising. This bodes poorly for Asian currencies, as the gap between risky and low-risk debt narrows further. The Chinese yuan fell 0.1% even as the People’s Bank held its key lending rate at historic lows. The central bank is trying to maintain a balance between facilitating economic growth and stemming further yuan weakness, as the country grapples with an unprecedented surge in COVID cases. The Indian rupee fell 0.2%, while the Australian dollar slumped 0.7%, also coming under pressure from a spike in the yen.