December 24, 2022 by Administrator_India
Spread the love

Mexican state oil company Pemex’s newest refinery will reach half of its crude processing capacity in July, the national president said on Friday, marking the latest shift in timing for the project’s operations. The Olmeca oil refinery, being built next to the Dos Bocas port, is set to be Pemex’s eighth when it comes on line. It is key to Mexican President Andres Manuel Lopez Obrador’s plan to make the country self-sufficient in gasoline and diesel, ending longstanding heavy dependence on imports, mainly from U.S. refiners. Describing the construction of the refinery in his home state, Tabasco, as having happened in “world record time,” Lopez Obrador said “on July 1, it will begin to process 170,000 barrels per day (bpd) of crude oil.” By September 15, the day before Mexican Independence Day, it would process its full capacity of 340,000 bpd and yield 280,000 bpd of gasoline and diesel, Lopez Obrador said, posting on Twitter. 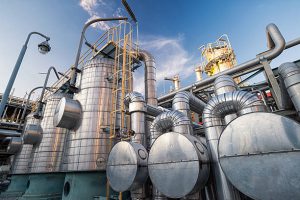 The President Did Not Specify Whether the Refinery Would Produce Gasoline.

or diesel before July 1 or whether the date would mark the first barrels of crude processed there. Last July, at the Gulf Coast facility’s symbolic inauguration, Energy Minister Rocio Nahle said the first barrel of fuel from Olmeca would be produced this month, December. The president has put run Pemex at the center of his energy agenda, even as critics have questioned the economic logic of the new facility, the cost of which was initially budgeted at about $8 billion but has since ballooned to more than $15.4 billion. The Olmeca refinery has been one of the leftist president’s signature public works projects since he took office in late 2018. He initially said it would begin producing this year.