December 7, 2022 by Administrator_India
Spread the love

Oil hovered near a one-year low on Wednesday as increasing concerns over U.S. economic health and the Federal Reserve largely offset positive supply-side signals from a bigger-than-expected draw in crude inventories. A growing number of Wall Street banks warned of a potential recession in 2023, especially if interest rates keep rising and if inflation proves to be stickier than expected. Strong U.S. economic data this week suggested that upward pressure on inflation is likely to persist in the near-term, a trend that could invite even more hawkish moves by the Federal Reserve. Brent oil futures fell 0.3% to $79.51 a barrel, while West Texas Intermediate crude futures sank 0.1% to $74.16 a barrel in early Asian trade. Both contracts plummeted to a one-year low on Tuesday. While the Fed is expected to hike rates by a relatively smaller 50 basis points next week, it has warned that rates could peak at much higher levels if inflation continues to trend higher. Rising U.S. interest rates weighed heavily on oil markets this year as liquidity dried up and as traders feared slowing demand due to tighter monetary conditions. 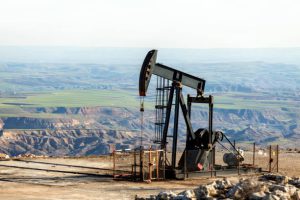 a bigger-than-expected draw in U.S. oil inventories last week. While crude stockpiles fell, a sustained increase in product inventories, particularly gasoline, indicated that retail demand for fuel remained weak in the world’s largest oil consumer. Government data due later in the day is expected to show U.S. inventories shrank by 3.3 million barrels last week, compared to a bumper 12.6 million barrel drawdown seen in the last week of November. Focus this week is also on U.S. producer inflation data for November, which is set to provide more cues on the path of inflation in the country. Any signs that inflation remained high through the past month are likely to trigger more volatility in crude markets. The dollar extended its recovery into a second session, also adding to the pressure on oil. Crude markets started the week on a soft note after the Organization of Petroleum Exporting Countries and allies kept production steady during their last meeting for the year. But crude supplies could still tighten further if Russia cuts production in response to new Western curbs and a price cap on its oil exports. More signs of an economic reopening in China, the world’s largest crude importer, could also benefit markets with the prospect of improving demand. Several Chinese cities have scaled back anti-COVID measures in response to growing public ire against the government’s economically disruptive zero-COVID policy.