November 29, 2022 by Administrator_India
Spread the love

Oil prices jumped on Tuesday as traders bet that recent weakness in the market will invite more supply cuts by the OPEC, while anti-government protests in China and hawkish signals from the Federal Reserve worsened the outlook for demand. Oil marked a volatile start to the week, initially tumbling as much as 3% as Chinese protests against the government’s strict zero-COVID policy intensified. But prices recovered later in the session, ending Monday a shade higher as markets bet that the Organization of Petroleum Exporting Countries (OPEC) will step in to support prices. The cartel is set to meet on December 4, its last meeting for the year, to decide on production. Brent oil futures jumped nearly 1% to $84.09 a barrel, while West Texas Intermediate crude futures were flat around $77.27 a barrel by Oil prices are currently trading below the levels that spurred October’s supply cut by the OPEC, driving up hopes that the cartel will cut production when it meets this Sunday. 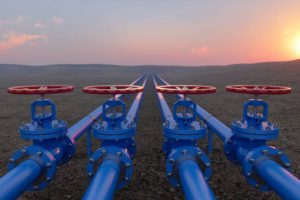 The OPEC Announced A 2 million Barrel Per Day Supply.

cut in October to drive up prices, which had briefly put oil close to $100 a barrel. But concerns over weakening demand, swiftly pulled back prices, driving them to a 11-month low in recent sessions. Rising U.S. interest rates and waning demand in China were the biggest headwinds to oil markets this year, while strength in the dollar also made crude shipments more expensive for major importers. Hawkish signals from the Federal Reserve on Monday drove up the dollar and indicated pressure on the U.S. economy, which could dent its appetite for crude. Fed members James Bullard and John Williams both said on Monday that the central bank will likely begin trimming rates well into 2024, and that more rate hikes were warranted to combat inflation. Anti-government protests in China now raise the prospect of more economic disruption in the world’s largest crude importer. But some analysts argued that the protests could also push the government into relaxing its strict anti-COVID measures, which is the target of the protestors. China is grappling with its worst COVID outbreak ever, which could see the government remain hesitant over relaxing its zero-COVID policy. The recent protests were triggered by the reintroduction of anti-COVID restrictions across several major cities.